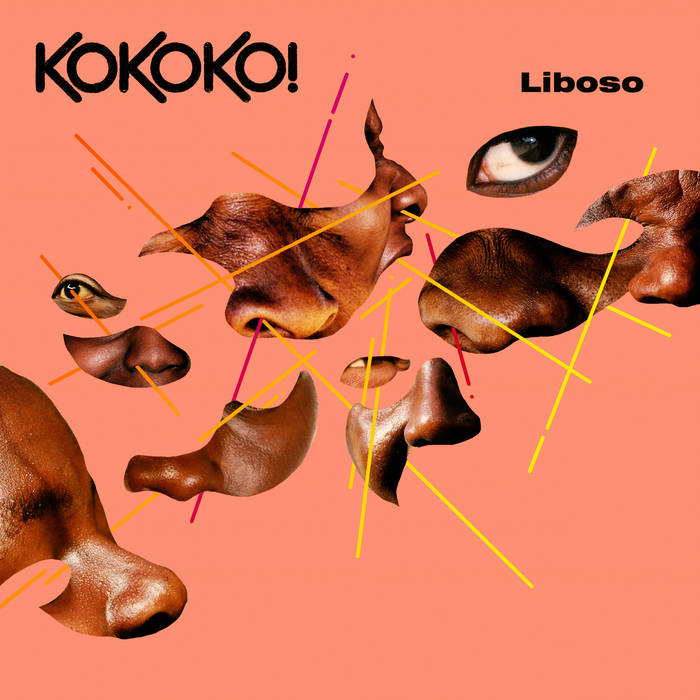 The Execrable Bede more strange and beautiful music from the DEVO of the DRC -- even though this is only a 5-track EP, it still ranks as one of the top releases of 2018... Favorite track: Affaire A Mbongo.

Nic McPhee Another smashing banger from Kokoko! Builds on the spirit of the awesome "Tongos'a" – totally looking forward to the full album. Favorite track: Affaire A Mbongo.

‘Blvd Lumumba’ is the road which leads you in to Kinshasa, an apt way to bring you into their world. ‘KOKOKO!’ means ‘knock, knock, knock’ a fitting name for an act demanding that people wake up and challenge the status quo in the DRC.

‘Affaire A Mbongo’ (or ‘Money Problems) has got a thrilling Paradise Garage feel, like ESG with metallic percussive sounds and a vocal lines filled with blue notes. With an early 80s No Wave vibe, it that would have surely rattled the concrete at Larry Levan’s club mecca... had it not been recorded in 2018.

'L.O.V.E. feat. Nyangombe’ features Rachel Nyangombe on vocals, a long standing figure in the Kinshasa music scene. Strange mechanical sounds emanate from the imaginative DIY instruments; the kick comes from Love Lokombe’s thumb against a cable. Percussive layers are created using tomato cans for claps, the pop of audio jack cable interference, a talk-box made from a car stereo cassette and a homemade guitar with 2 strings. Débruit’s synth line run across the track creating smoky echoes. ‘L.O.V.E. feat. Nyangombe’ is a testament to the DIY craftsmanship of the musicians, coming fromthe grit of Kinshasa's streets to create beautiful magic. ‘Azo Toke’ also features on the EP – KOKOKO! dropped a video for the track when announcing the EP this November.

The ‘Liboso’ EP is the group’s first new music since their ‘Tokoliana’ and ‘Tongos’a’ releases - which the band followed with a sold out European tour, whilst also taking their unique and high octane live show to festivals such as Roskilde, Sonar, NOS Alive and many more, highlights of which included the discovery of crowd-surfing, and half hour long encores when fans wouldn’t let them leave.

KOKOKO! are pleased to announce that they will return to the UK and Europe in 2019 for a performance at London’s All Points East Festival - appearing alongside artists such as Bon Iver, Mac Demarco, amongst others - with further touring to be announced soon. Today they also announce an exciting run of US and EU dates including shows at SXSW and in NYC.

The band are also completing work on their highly anticipated debut album, due in the summer of 2019.

Bandcamp Daily  your guide to the world of Bandcamp

Featured sounds from Fly Lo and Ahmed Idris, plus Mother Nature hops on to drop off new project